Aokigahara is a forest located in the foothills of Mt. Fuji in the Yamanashi Prefecture. The literal translation for Aokigahara Jukai 青木ヶ原樹海 is “The Sea of Trees”. It is known to be the most well-known suicide destination in the world, which might sound a little eerie. As the forest is very lush and wide, some corpse can go undiscovered for years. Thus, the statistics regarding the deaths there sometimes vary. However, the annual successful suicide count is hundreds of people every year. Not limiting to Aokigahara, Japan is in fact, one of the countries with the highest suicide rates.

In Japan, the tradition of suicide goes a long way back. In the feudal era, the ritual of suicide for samurai was an honor. It was called “Seppuku”. Even though the tradition is long gone, people still remember. Moreover, in some countries, suicide is illegal or forbidden by religion, while Japan doesn’t have any forbidden stigma regarding it. The Japanese government legislates many surveillance actions and provides suicide prevention hotline services to reduce this enormous suicide rate.

According to the hotline service director, most people stated that their mental health problem is the main reason for attempting suicide. Back to Aokigahara, it is not like any other typical forest. Because of its geographical location, which is close to mountain ranges, the ground is rough and bumpy. There are several caves perforated under the roots of this forest. The trees here are well-grown, some ranging to hundred years in age, and have widespread roots over the ground. The trees are packed, and the lack of human presence in the overall reason the place seems isolated from our dimension.

This isolation, the motive, the bad reputation, the lack of life around, the whole environment appeals for a bad call. It can break a disturbed person and push them off the edge of their sanity. Most people who attempt suicide in Aokigahara do it by hanging or overdose themselves with poison. The forest is patrolled annually by volunteers, not as an attempt to rescue people but to recover the corpse remains.

Because of its reputation, many tourists and filmmakers are attracted to this place. But filming in Aokigahara is prohibited by the government. At one entry point of the forest, there is a sign saying “Life is a precious gift from your parents”. The signs are put up by the local police that says, “Please don’t worry on your own. Talk to us”.

If you are looking to learn more about Japan through languages: online Japanese lessons – or intensive Japanese courses to improve your Japanese. Please connect with us for a free consultation! Also try our free online lesson: Nihongo Dojo, a 1-1 coaching with professional native Japanese teachers. 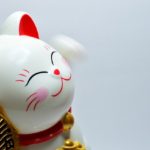 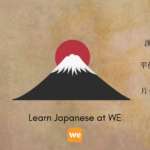 How to learn the Japanese language

What is the best language learning method?

What is “Golden Week” in Japan? 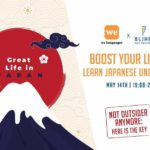 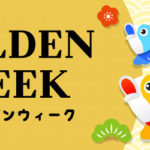