Here comes another season! Fall (Aki) arrived, with tasty food and colorful views full of Momiji! Here are our top 10 Japanese fall words you should know!

Not everyone knows that because spring and cherry blossom season is a very well-known strong point of Japan. However, fall is a perfect season to visit Japan too! I will explain to you why studying the first 3 autumn words.

Remember that kanji have many pronunciations? If not, check the basics of the Japanese language writing system here. As for this one, the kun reading (the Japanese one) is aki, while the on reading is shuu. Autumn is one of the most popular seasons for traveling in Japan. Perfect for outdoor walks!

The prominent feature of this season is the tree’s leaves turning red and yellow. This makes Japanese mountain landscapes beautiful. This process has the name Kouyou・こうよう, in kanji 紅葉. In addition, you can also read these kanji as Momiji・もみじ, which is the maple tree.

Fun fact, a calendar referred to the Momiji becoming red and yellow exists. It’s the same as the cherry blossom calendar!

Japanese would organize travels and walks around the country to “hunt the Momiji”. There’s a perfect word for that, which is Momijigari・もみじがり, literally “hunting red leaves”. In fact, the kanji 紅 ・ kurenai, means “bright red / vermillion”, while 葉 ・ ha, is “leaf”.

However, note that adding the verb 狩り – kari (hunting) after it results in the pronunciation changing: “gari” instead of “kari”.

If there’s a word for the beginning of the leaves color changing, there’s also one for the end of it!

That’s Rakuyou・らくよう, in kanji 落葉. As we saw, the second kanji is “leaf”. In this word, it’s preceded by the verb 落, which means “to fall”. Therefore, this word means “the fall of the leaves / fallen leaves” – rakuyou.

Even in Japan, on the 31st of October, there’s Halloween!

Maybe you already know that this festivity was born in America, and did spread worldwide thanks to movies and tv programs.

However, in Japan, it’s a recent event. The first official Halloween occurred in 1983, thanks to the first “Hello pumpkin parade”. This event is held every year in Harajuku, the most eccentric part of Shibuya. Then, at the end of the ’90, Tokyo Disneyland began to celebrate Halloween too. It had such great success that the Japanese people did not stop to celebrate it!

The main purpose of Japanese Halloween is to dress up and make some cosplay, other than scare people with terrific horror stories. In universities, for example, students prepare homemade mazes to have fun and scare participants. Likewise, in big amusement parks, Halloween is a big event! They recreate horror scenes to scare you while having fun in the park!

Of course, the word itself is from English, so use the katakana ハロウィーン (Harouiin).

Speaking of Halloween, the first must-known word about it is Pumpkin! It’s the number 1 decoration in every country.

Hence, if you use it as a lantern, remember kabochachouchin・かぼちゃ提灯. In kanji, write it 南瓜・かぼちゃ, the “melon of the South”! Being ” 瓜” (uri) the kanji that refers to cucurbit, the pumpkin’s family.

Furthermore, Kabocha is not only used for decorations but also in a lot of fall dishes. Its sweet flavor is the main difference between the Japanese kabocha and the Western pumpkin. In addition, it’s an excellent source of beta-carotene, vitamins B, and C, which are great for immunity, healthy skin, hair, and eyes.

The Japanese version is small to medium size chestnut and more yellow on the inside. Japanese people use them in a variety of dishes that range from savory to sweet.

First of all, do you know what a Manjuu is?

If you don’t know, then note that it’s a popular Japanese sweet, called Wagashi・和菓子 in general. But Manjuu is a buckwheat and rice bun stuffed with azuki-bean paste normally. Therefore, Momiji Manjuu is the Fall version of it. As you can see from the image, it has the shape of a maple tree leaf. And instead of the azuki-bean paste, it’s filled with sweet chestnut paste!

Fitting for a fall tea break!

Japan is also known for its typhoons, striking every year from May to October. However, the peak is in September. Better for you to remember this simple word. You can write it with this kanji: 台, dai, the counter for vehicles and machines, and 風, kaze, which means “wind”. The pronunciation is Taifuu・たいふう.

On the 15th of November in Japan, it’s the Shichi-Go-San Festival. This is a traditional rite of passage occurring when kids are seven, five, and three years old. The custom is to dress up your son when he’s 3 or 5, and your daughter when she’s 3 or 7, with a gorgeous kimono, and take them to the local Shinto shrine to celebrate their growth. It’s also a National Holiday!

This festival has very ancient roots, officialized on the 15th of November back in the Kamakura period (1185–1333). It was an age where becoming 5 or 7 was rare, due to poor health conditions. In addition, it’s linked to some samurai traditions. At the age of three, boys could grow out their hair (they were bald-headed until 3). While at the age of seven, girls could use the obi to tie their kimono, instead of simple cords.

Since ancient times, Japanese writers have noted that the Fall season was the best period to observe the moon.

They thought it was more bright than usual, and wanted to thank it for the harvest and pray for the new year. This particular custom was not lost over the centuries. In fact, during September and October months, Japanese people still enjoy going observing the moon.

Kanji for this word are simple: “O”, it’s the honorific to put before festivities or names to be more polite. 月・つき, Tsuki is the kanji for “Moon”, while 見 ・み, mi means “to look”. You can translate it with “moon viewing”.

Hope you have enjoyed learning useful Japanese words about the Fall season!

Check our content partner, the Hiragana Times magazine, to discover more about Japan!

Want to learn Japanese? Discover our new Online Japanese language programs by clicking the button below ↓

10 Japanese Winter Words and How To Use Them

What Happens in a Japanese Tea Ceremony?

Japanese Eras - A Clear Glance Into the Stone Age

The Birth Of The New Japanese Constitution

ゴールデンウイーク: What Is Golden Week In Japan?

What You Don’t Know About Ramen

What Is The Meaning Of the Cherry Blossom in Japan?

Katakana Words: An Easy Guide For Them

Why Is Japanese Communication So Different?

All About Miso - We Unique Cultural Session

What Happens in a Japanese Tea Ceremony?

Is Dojo related only to martial arts?

Japanese Eras – A Clear Glance Into the Stone Age 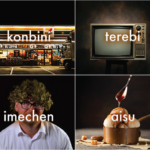 How To Make a Language Evolve in an Original Way!

The Birth Of The New Japanese Constitution

ゴールデンウイーク: What Is Golden Week In Japan?